Yep, it is Friday, I have had a trying week, so it is geeky plant post time! I could really use a hug or several but retreating into the vegetable kingdom will have to suffice.

Many years ago, when I first started getting interested in bulbs, I bought a copy of ‘Narcissus, a guide to wild daffodils’ by John Blanchard. I was captivated by one of the photographs in this book, showing the naturally occurring hybrid Narcissus x susannae. This plant combines the best features of both parents, with slightly pendulous pure white flowers on short stems only a few inches tall.

This hybrid occurs in a few places in Spain where populations of the parent species, Narcissus cantabricus and Narcissus triandrus, occur close together. Both parent species are illustrated above.

Though both parents are common enough in cultivation the hybrid is sadly not. It is almost never offered commercially and gifts from friends have fared badly under my garden conditions. Their advice was to make the cross myself by hand pollinating the two parents – both of which I grow. The theory is that the surviving seedlings would be, by default, adapted to my conditions.

This sounds easy enough but in cultivation N. cantabricus flowers much earlier than N triandrus for me. So I removed an anther from N cantabricus and stored it in the fridge until N triandrus was in flower so I could make the cross. Then sowed the seed and waited. Three years later, in 2017, the first bulbs flowered. They were pure N triandrus so it looked like my attempt had failed and I had just achieved selfing. Much to my surprise and delight in February 2018 the remaining bulbs flowered and several were the beautiful hybrid! 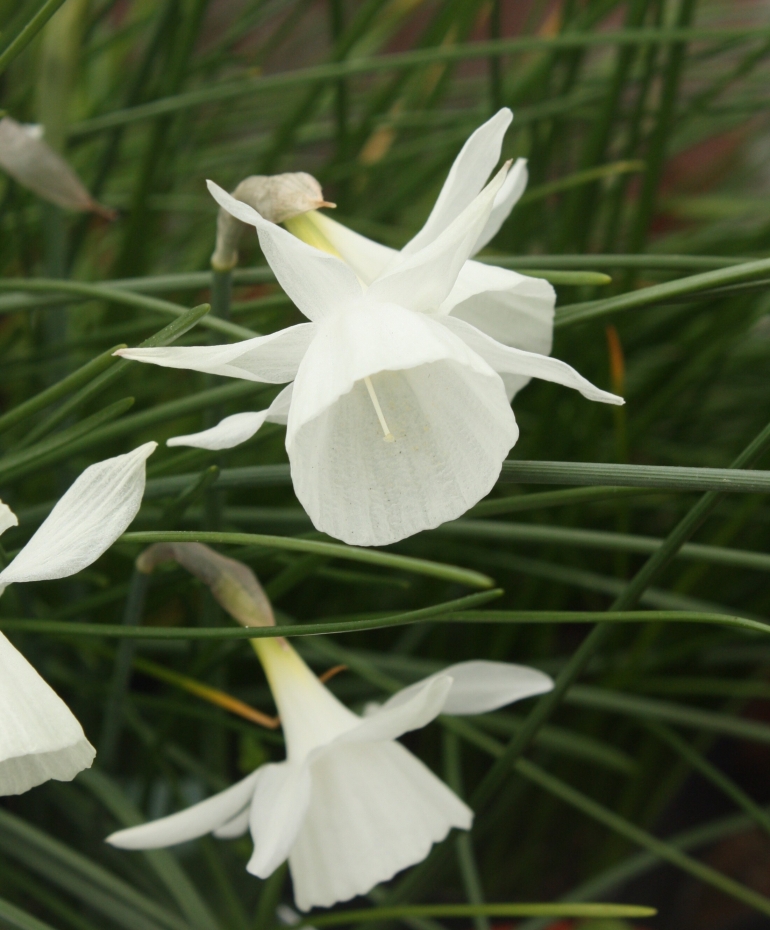 Also this year an exceptionally nice form of N cantabricus flowered for the first time, from seed offered by the late plant hunter Jim Archibald, so I have remade the cross using this and we will see what happens in three or four years from now…